Kitchen Sounds Sampling and a basic beat loop from it.

Yeah! I’m learning the ropes of creating your own audio samples (courtesy of Andrew Huang”s Music Production course). He uses Ableton, but we;re allowed to use any DAW we like—-I’m putting my eggs in NS2”s basket. NS2 is quite intuitive to use (with a some tutorial help online, of course, and the manual.)

This is a second revision of the loop—-the first one had so many timing errors (even while “on the grid”) because my audio samples apparently had too much from space before the sound. I learned that you can easily fix that in NS2: edit audio sample while in the Slate engine and easily saved too. I wish I could actually actually control the volume level in addition to “normalize.” 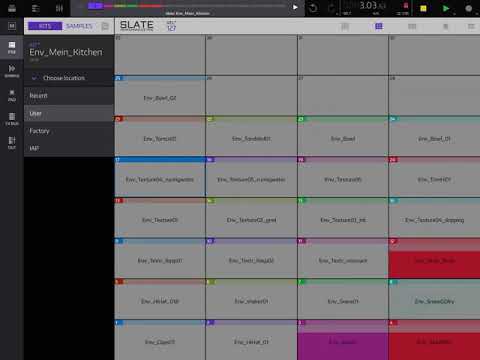