Something for the Nanostudio "old timers"....

As a little UK Lockdown 2.0 side project I decided to try giving a bit of extra polish to my earliest Nanostudio tracks - some of which were made in NS1.13 on an iPod Touch back in 2011. I'm actually rather impressed with how that old 6 track NS1 (4 x Eden synths + 2 x TRG) sounds even now - and how by swapping the sound on a track you could squeeze a little bit extra out of it.

I'm exporting the mixer tracks then importing them to Ableton, chopping them up a little so they kind of match the structure of the NS project and going from there. The aim isn't really to add anything new or substantial - just EQ, compression, maybe a bit of chorus here and there, and of course higher quality delay/reverb - and see what skills I have learnt in the last 9 years that can be applied. 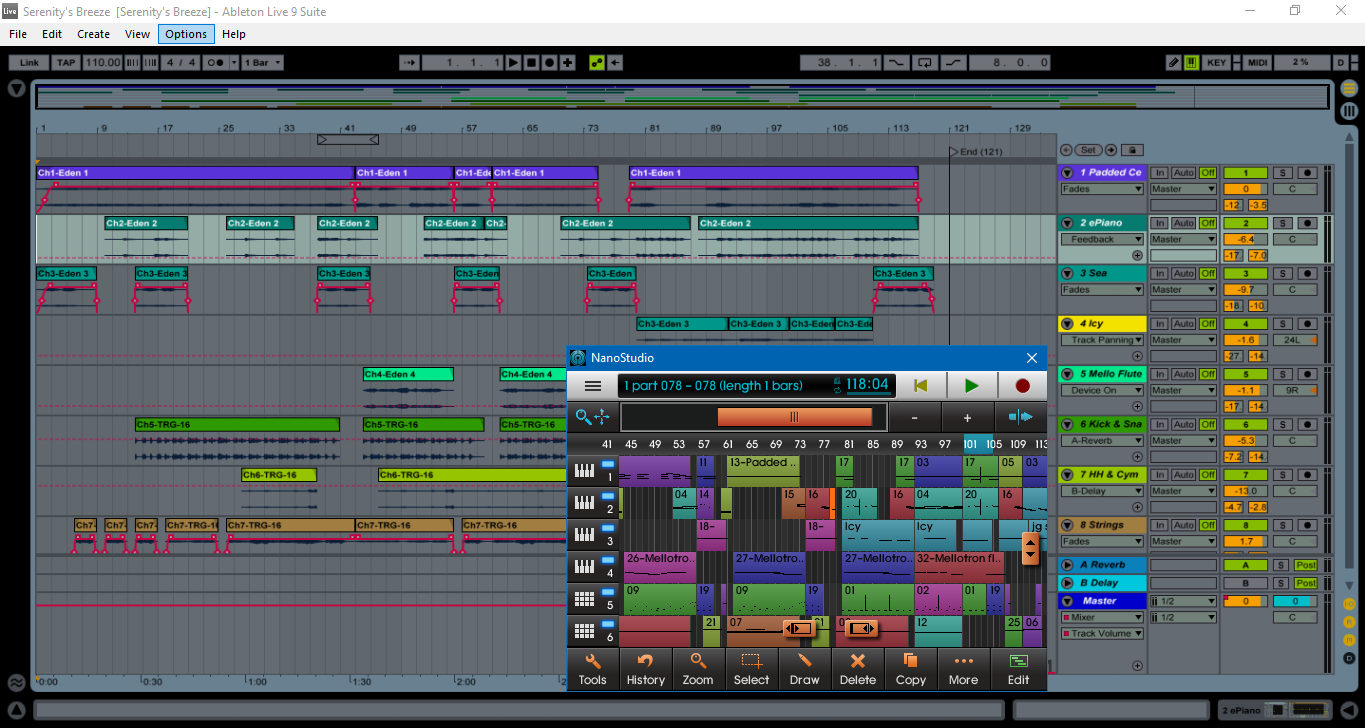 It really weird seeing that little Windows version of NS1.13 open at the same time as Ableton. [I would be really happy if Matt could someday release a VST version of Eden - I still think that little, old, primitive synth has a certain "personality" that holds its own even now.]

I kept the Windows downloads of all the different NS1 version "just in case" - and I'm glad I did as there was a change after NS 1.1.3 that changed how some of the Arp patches worked - the original release only had 1/2, 1/4, 1/8, & 1/6 time divisions in the LFO sync options, whereas the later versions introduced 1/3 & 1/6 divisions as well - and this stuffed up some of the sounds I relied heavily on in those early tracks.