The screen below gave me this idea: 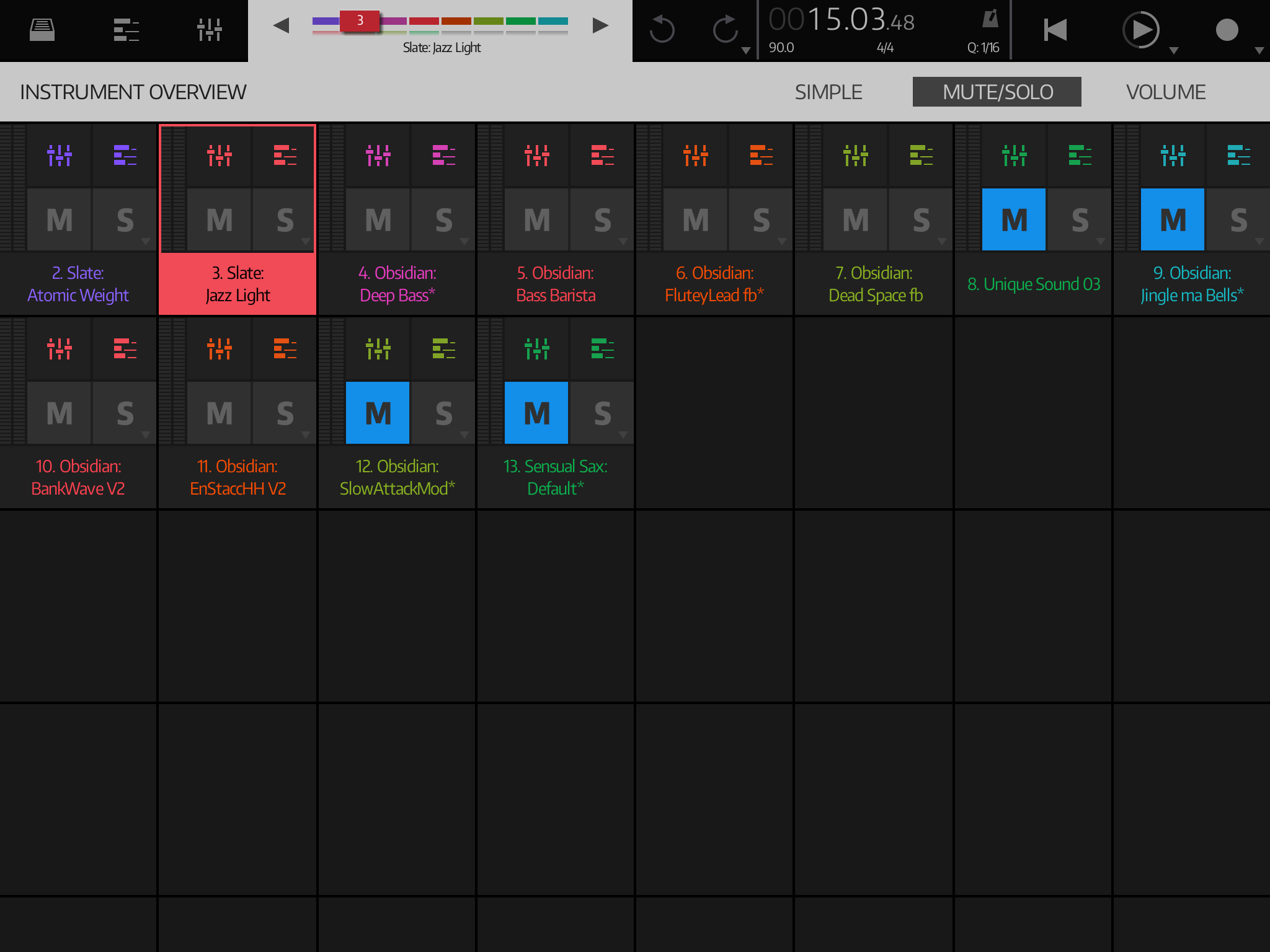 While just playing through a song this morn, I happened to just ‘loop to sel’ a certain midi box and it happened that many of the tracks had interesting bits within that selection.

Then using the screen above, I started muting and unmuting tracks - the end result was an interesting take on the track, pretty much similar to jamming loops in the Launchpad app. The only real difference is that the loops are not triggered from the appropriate timing, just looped as initially set on the timeline (some midi clips were obviously cut by the position of the timeline loop, so that made things interesting).

Imagine if a midi box could be selected on each track and then using the Link timing, set to be triggered using the same buttons in the pic above, but this time with play buttons instead.

If this was done when audio tracks are available, you could record the results to audio. The majority of the page layout is already there, so no major upset to what is already on show.

In the meantime, try this basic idea:

Just a bit of fun idea